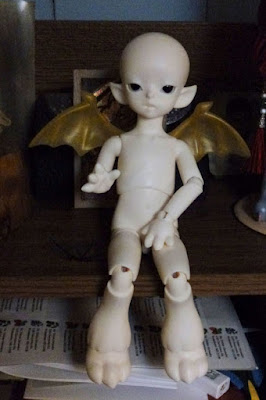 Posted by Tristan Alexander at 9:17 PM No comments:

Well, I started this before Pennsic and loved how it was going. I had a clear idea of what I wanted to do and was frustrated that I had to wait 2 weeks to continue working on it. Well, the background developed as I expected, but my "world" just don't look as I want. I also had to change things on the figure but still not getting the look I want. So any thoughts or ideas on this would be appreciated. 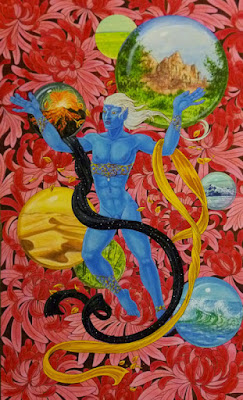 Posted by Tristan Alexander at 5:35 PM No comments:

It was a rainy war and I was restricted because of my heart surgery, but overall it went well. I sold less originals than usual but still made a decent amount.

It was an odd war, many people, especially other merchants used just the same word as I did. odd.

I had bad news when I got home, Paul Jeffrey a friend and art patron passed away while I was at Pennsic. He owned my "Hern, Lord of the Green" picture and commissioned a "Winter Hern", which was pict up at war for him and he never got to see the original (he did see a picture of it). I hope the art he bought from me goes to people who appreciate it as much as I know he did.

He will be missed.

Pennsic is a different world and there are people I count as near family who I only see once a year at War. So many came by and asked about my health and asked if I needed anything and offered help and support. I appreciated it all.

The shop stayed 90% dry and no art was lost to water or anything else this year. Hope I can do as well next year.
Posted by Tristan Alexander at 4:05 PM No comments: