Not a great pic of it, it looks much better in person. This was done for a lady I had done a Landed Baronial coronet for a while back. Her and her co-Baroness commissioned me to do their personal coronets. Acrylic and artificial stones on leather. 9. 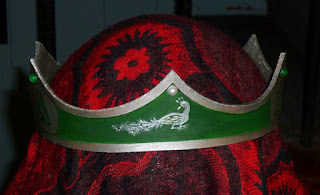 Posted by Tristan Alexander at 6:58 PM No comments:

Kitty in the Round

We have a cat climbing platform thing that was given to us and one of our cats loves it. He fits in the space so well. I had to take a picture of him all curled up and content. This is Jaeger sleeping in his favorite spot. 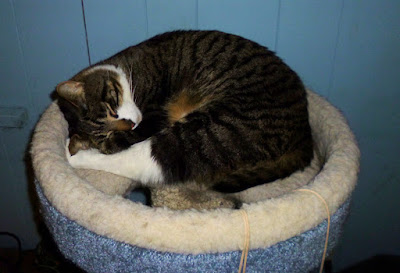 Posted by Tristan Alexander at 3:48 PM No comments:

I needed to do some art that was NOT n my to do list, so I did this while working on commissions. This is a gift for a friend who is a huge fan of the Disney Maleficent ... I hope she likes it. Inspired by Disney and the works of Mucha.  "Mucha Maleficent", 9 x 12, Acrylic, watercolor colored pencil, Micron pen and ProWhite on Canson board. Prints available. Picture 8. 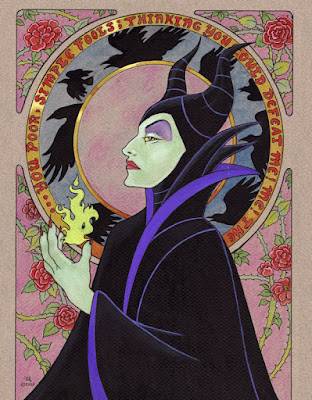 So, I was in a book store today and looked for the latest Spectrum Art book. I found it for $35 and did NOT buy it. Now, I own many of the back issue and have found some inspiration in them but after a couple years ago when I attempted to get art IN that book, and had to pay, JUST for them to look at my work, I became to question the whole thing.

First you pay to get them to look at the art you submit. Now it is done electronically so the only reason you pay is so they get money to print the books...which they then charge exorbitant amounts for. And  the ONLY people who EVER get art in these books are already published, well known artists. So from everything I have seen it is a SCAM!

Of course once you send them money...er submit art for them to consider, they will every so often send you email notices asking for more money, I mean asking if you would like to submit more art for them to ignore.

I used to be on a blog that was by someone in the "industry" who was involved with the Spectrum books and when I made some of these observations was told I was wrong and that many new up and coming artists get into the books. Now, considering I can look through the dozen or so issues I have and recognize nearly ALL the artists OR the book cover that they submitted...I call BS!

Anyway, I used to look forward to the new Spectrum to come out and bought them when I could. But I guess just like the old saying about not wanting to see how the sausage is made, once I got involved in the process...I have gone off the whole thing.

IF they really wanted to promote new artists and showcase the beat, they should NOT charge you unless they use your work. OH, by the way, you pay and even if you get IN, you get NOTHING but the "exposure", you get NO free copy and nothing other than them being allowed to use your art for free to make a mint!
Posted by Tristan Alexander at 5:29 PM No comments:

https://www.gofundme.com/f9xadc-help-with-joes-medical-bills
Posted by Tristan Alexander at 2:35 PM No comments:

I am posting this here so I can find it easily. I will I hope do art based on some of these.
http://dailynativenews.site/2018/03/the-10-most-terrifying-native-american-legends
Posted by Tristan Alexander at 1:55 PM No comments:

These are the Arms for the wife of the person I did the other Arms I posted as the first part of this commission for. This is done on 14 x 17 recycled paper, in Acrylic and Micron pen. Picture 7. 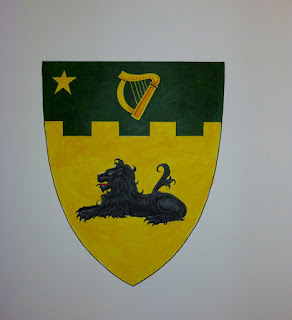 Posted by Tristan Alexander at 11:21 PM No comments:

I hate doing Celtic, I love how it looks when others do it but it is a pain for me. This is a back log scroll I owe someone, it is my own take on a fountain, done in a Celtic style (I am not happy with it). Calligraphy is all that is needed now...not my favorite thing to do either.  This is on real velum, done with Egg tempera, Acrylic, Pro White and Micron pen. It is 8 x 10. Picture 6. 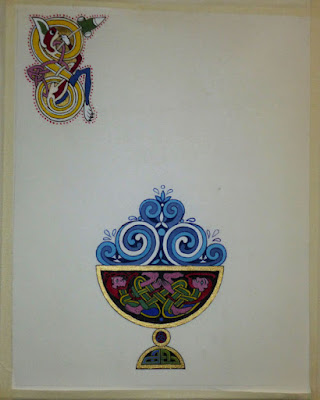 Posted by Tristan Alexander at 9:42 PM No comments:

I got the commission to do a husband and wife's Arms from the SCA. This is his. 14 x 17, Micron pen and Acrylic on recycles paper. Picture 5. 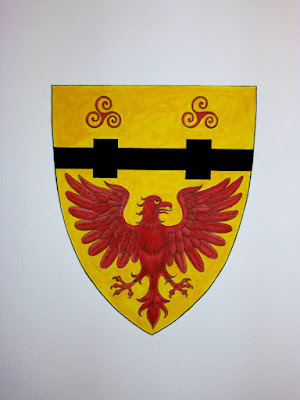